The Inevitability of God? 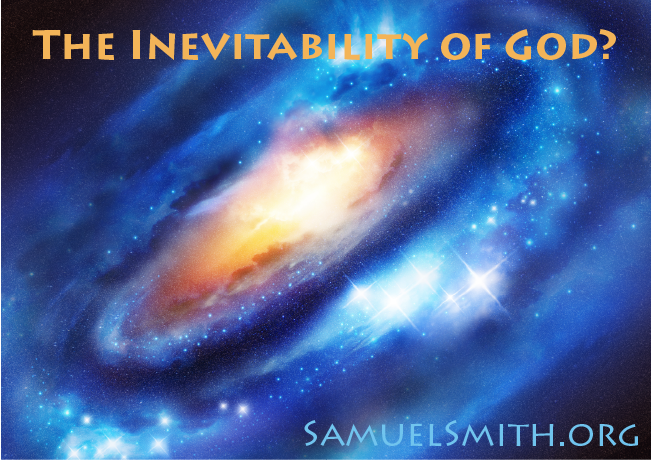 The human aspiration to godliness is the inevitable result of godhood.

The intent of this post is to define the hypothesis, not prove it. Necessarily, the full development of an argument in support of the hypothesis is not included here, but will be in later posts.

I have always been interested in science (eventually getting a Ph.D. in engineering) and have been religious all my life. Consequently, integrating science and religion has always been of importance to me. Because I was on the debate team in high school and college, I got in the habit of conducting philosophical thought experiments. The inevitability hypothesis was the result of one of those thought experiments. I first came to the conclusion that the Inevitability Hypothesis was true sometime in the 1990s.

Over the years, my wife, Alison, and I have had numerous discussions on this topic and in 2010 we decided to flesh this idea out into a book. We started a folder of collected materials and even reserved some internet domain names for the purpose (theinevitabilityofgod.com, inevitabilityofgod.com). But as the saying goes, life happens and we never got very far on the book project. Indeed, more recently, others have been making similar arguments (TNGA Parallels), so its never been more timely to enlarge the discussion.

Instead of debating the existence of God, debating the inevitability of God changes the perspective on what is most important. If we ask the question Is God inevitable?, what matters most is why or how God is inevitable and our role in that inevitability. Thus even if one cannot rationally believe that God exists now, one might still be able to rationally conclude that God is inevitable or, the very least, come up with conditions that, if met, would lead to God’s existence.

Visit ioflo.com to see a practical implementation of an autonomous/autonomic system programming framework.